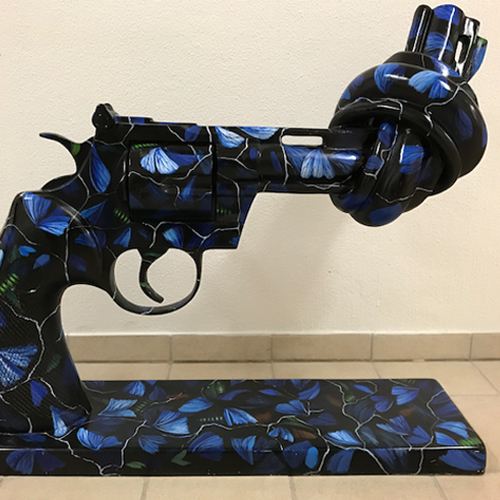 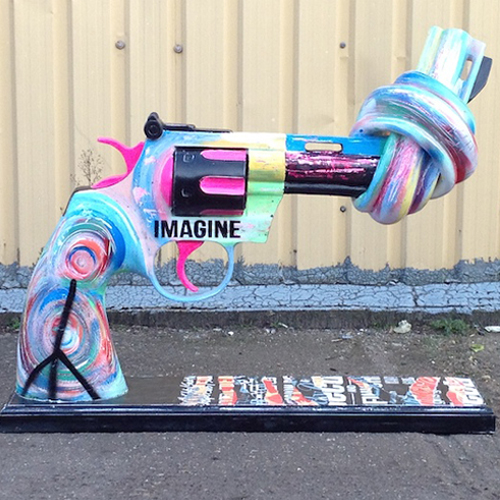 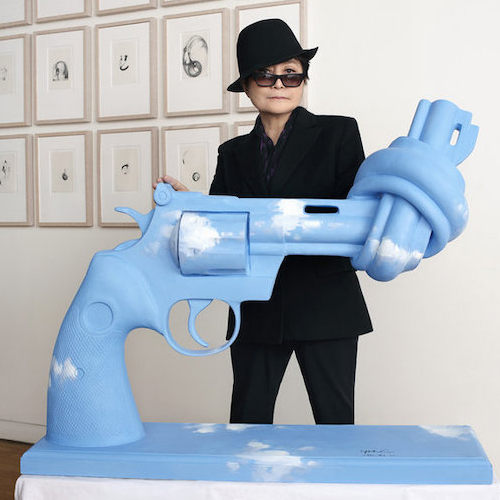 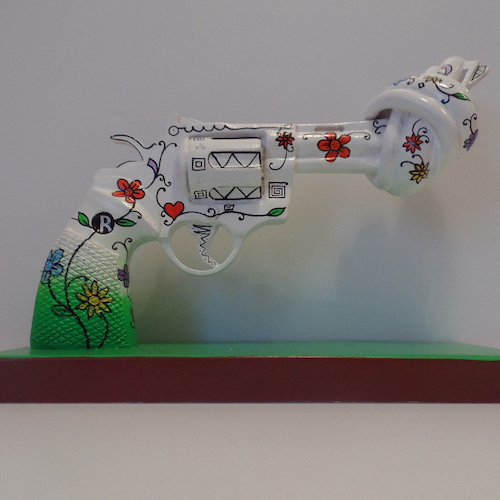 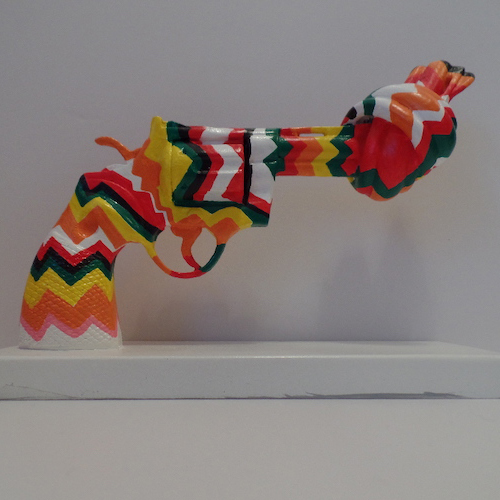 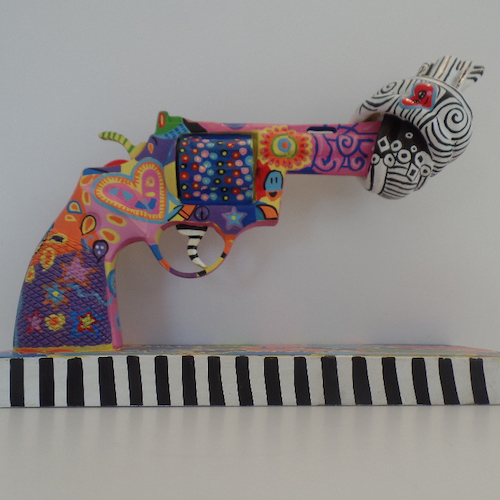 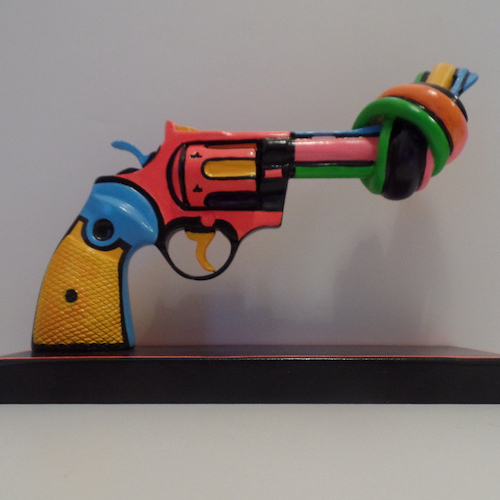 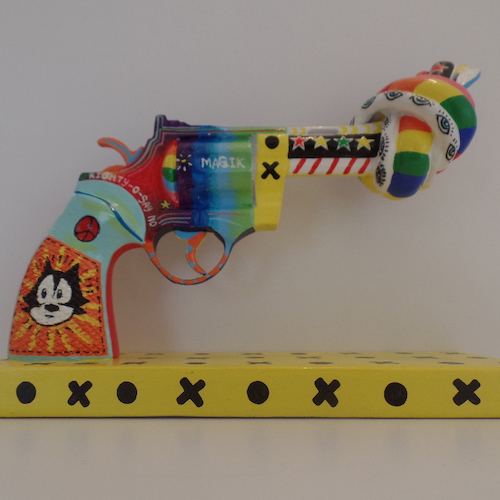 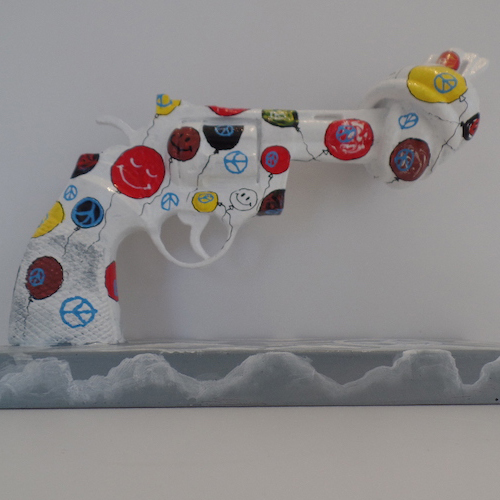 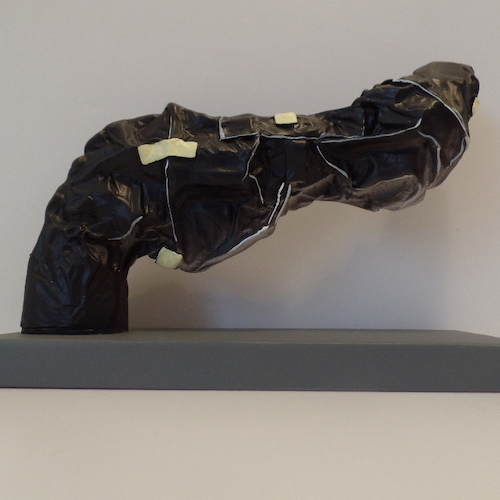 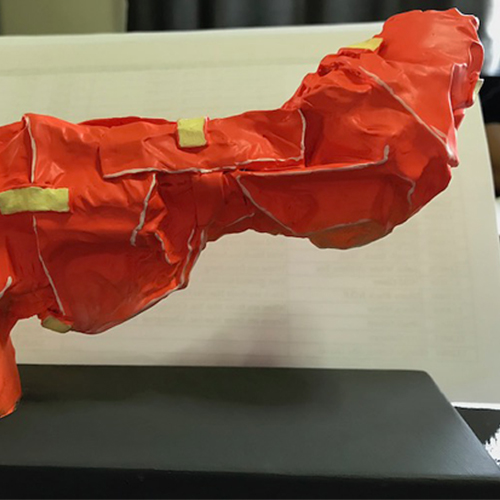 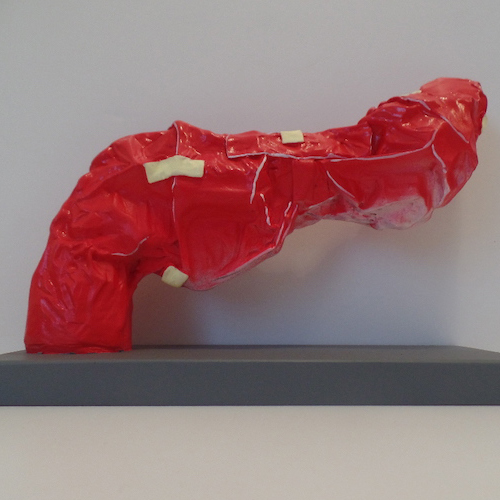 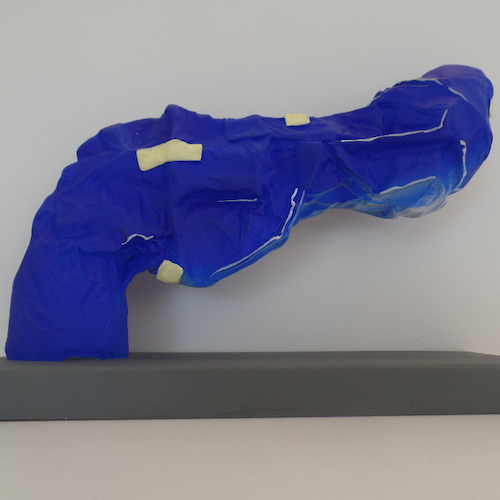 Acknowledgments
- Board Member of the acquisitions committee at the Moderna Museet, Stockholm 1966-1970
- Awarded the Prince Eugen Madalion by the Swedish king 1984
- Inauguration of the first Non-Violence sculpture at the United Nation´s Headquarters in New York 1988
- Takes the initiative to the creation of the Non-Violence Project 1995
- The Non-Violence Project receives the Daily Points of Light Award, a US Presidential award for best community work in the USA 2000

Artist
Carl Fredrik Reuterswärd was born in Stockholm in 1934. His artistic career started already at the age of fourteen, and a few years later he set out for Paris and the Art School of Fernand Legér. Carl Fredrik held his first exhibition in Paris in 1952. He returned to Sweden and studied from 1952 to 1955 at the Art Academy of Stockholm.

A long period of study tours all over Europe then followed. For a few years Carl Fredrik held a chair at the Stockholm Art Academy, which he finally left to settle down in Bussigy in Switzerland in 1969.

Carl Fredrik Reuterswärd is extremely creative and always want to find new ways and modes of expression for his creativity. This became very obvious when after a stroke he had to start working with his left hand and something he has managed very well.

CarlFredrik is one of very few Swedish artists who have acquired international fame, and he has held exhibitions in many museums and galleries, all overEurope as well as in the United States. Carl Fredrik Reuterswärd is represented in most museums and important private collections of modern art.