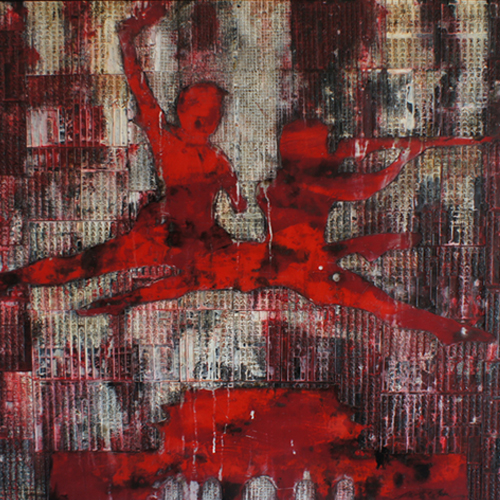 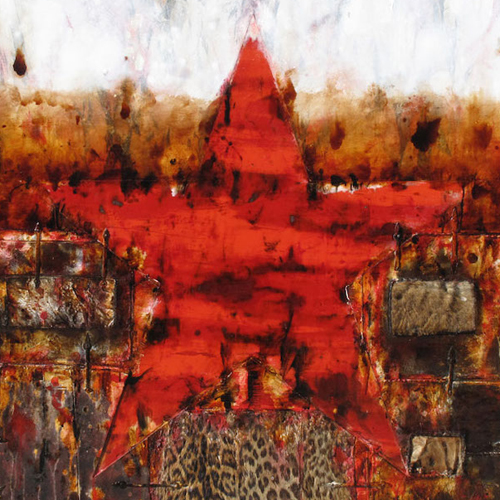 Introduction
Huang Gang was born 1961 in Beijing. He graduated from the Central Academy of Arts in 1984. He lives and paints in Beijing. HG is collected by museums and have had many exhibitions both in China, Korea, USA, Singapore, Indonesia and Taiwan.

HG spent his childhood and adolescent years amid the turmoil of the Chinese Cultural Revolution. Through his parents, he was influenced and exposed to the finest aspects of traditional Chines Art along with studying Chinese paintings and calligraphy.

Artist
His early paintings centred on the theme of Chinese Calligraphy. What one can find in his work is the harmonious, moderate, free expression and poetic passion. From the late 1980s and 1990s, Tibetan themes became a very popular source of artistic creation in China. During this time, HG developed a lively interest in Tibetan culture, religion, art and began collecting classical Tibetan artifacts. His art entered a new phase by using these artifacts’ in his artwork like woodblocks written in Tibetan language.

He employs an artistic method to read the differences, contradictions and conflicts between traditional philosophy and modern civilisation and creates a dialogue between them. The five stars represent revolution, violence and passion, while the artifacts’ or woodblocks show the practice of spiritual cultivation. Bronze sculptures are also a medium that HG creates with a twist of cynical aspects, related to the Cultural Revolution.