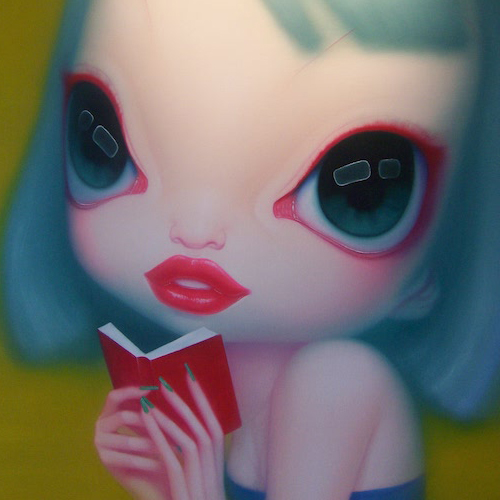 Introduction
1972 Born in QiXian, Shanxi Province
1997 Graduated from Oil Painting Department of Beijing Institute of Education for a Master’sDegree.
Now works and lives in Beijing

Artist
‍‍Wang Zhijie’s new series of works “Little Girl” is not only a considerably improvement in his works, also a significant breakthrough in the China Contemporary arts. Someone thinks Wang’s works are cartoon drawing, but from others point of view, it is too over simplified to define his works.

Wang Zhijie studied Chinese Traditional paintings from his childhood and worked with a carton company for 7 years. In these years, the creation of characters of animated cartoon and digital games gave Wang a new inspiration for his works. These characters include the old, the youth, the angle, the evil and bear.

“Little Girl” is his favorite character. She is 14 to 18 years old, and a troublesome teenage girl. We can say that “Little Girl” is an Action Artist and a lovely character created by an artist. She can behave freely and live happily.