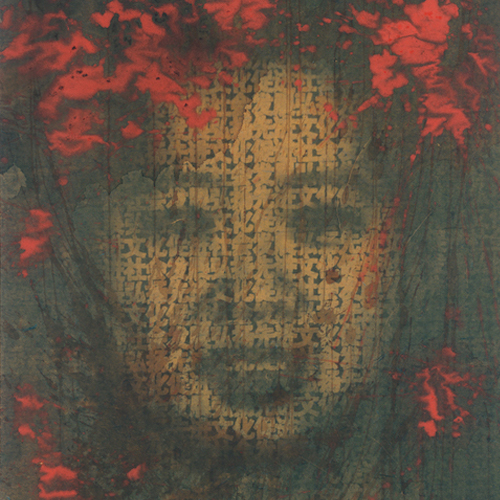 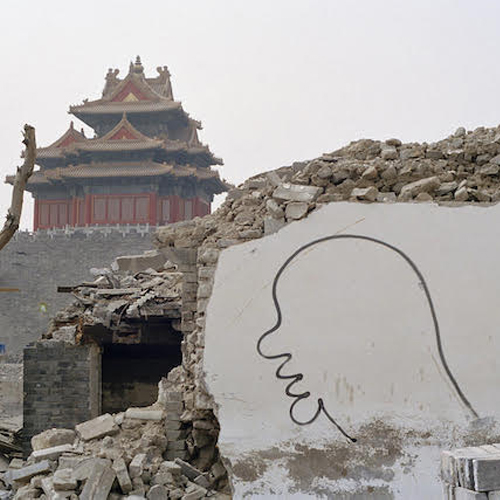 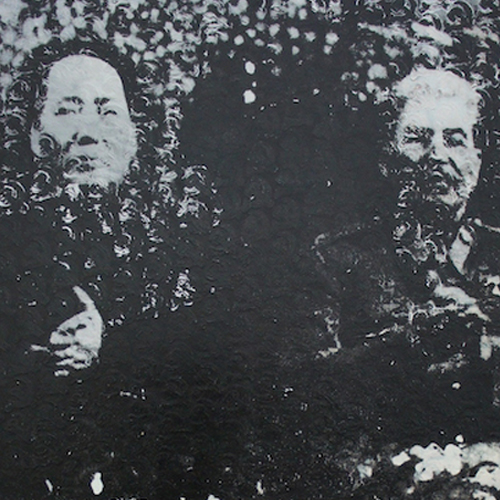 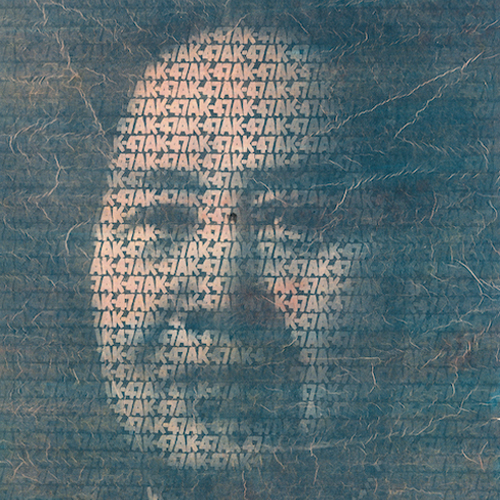 Introduction
Zhang Dali was born 1963 in Harbin, China. He graduated from the Central Academy of Arts and Design in 1987. He lives and works in Beijing, China.

Artist
Zhang Dali is the first graffiti artist in China. His bold head tag was sprayed on Beijing’s walls and demolition structures as a dialogue with the city. This started in 1995 after returning from Italy.

His work expresses a critic and expose social and human condition through installations, sculptures, photography and painting, in a multitude of different expressive material and forms. He did research about the second history where original photos were censured for the public with Chairman Mao in the forefront. Migrant workers have been the subjects as a documentation of the physical condition of a degraded humanity. His AK-47 images of unknown portraits from the Cultural Revolution time gives strong images of the difficult times during the Cultural Revolution.

His work is highly collected by many museums and collectors worldwide and his first solo exhibition was 1987. He is one of the pioneer avant-garde artists of China. A recent Retrospective exhibition was held in a private museum in Wuhan, China