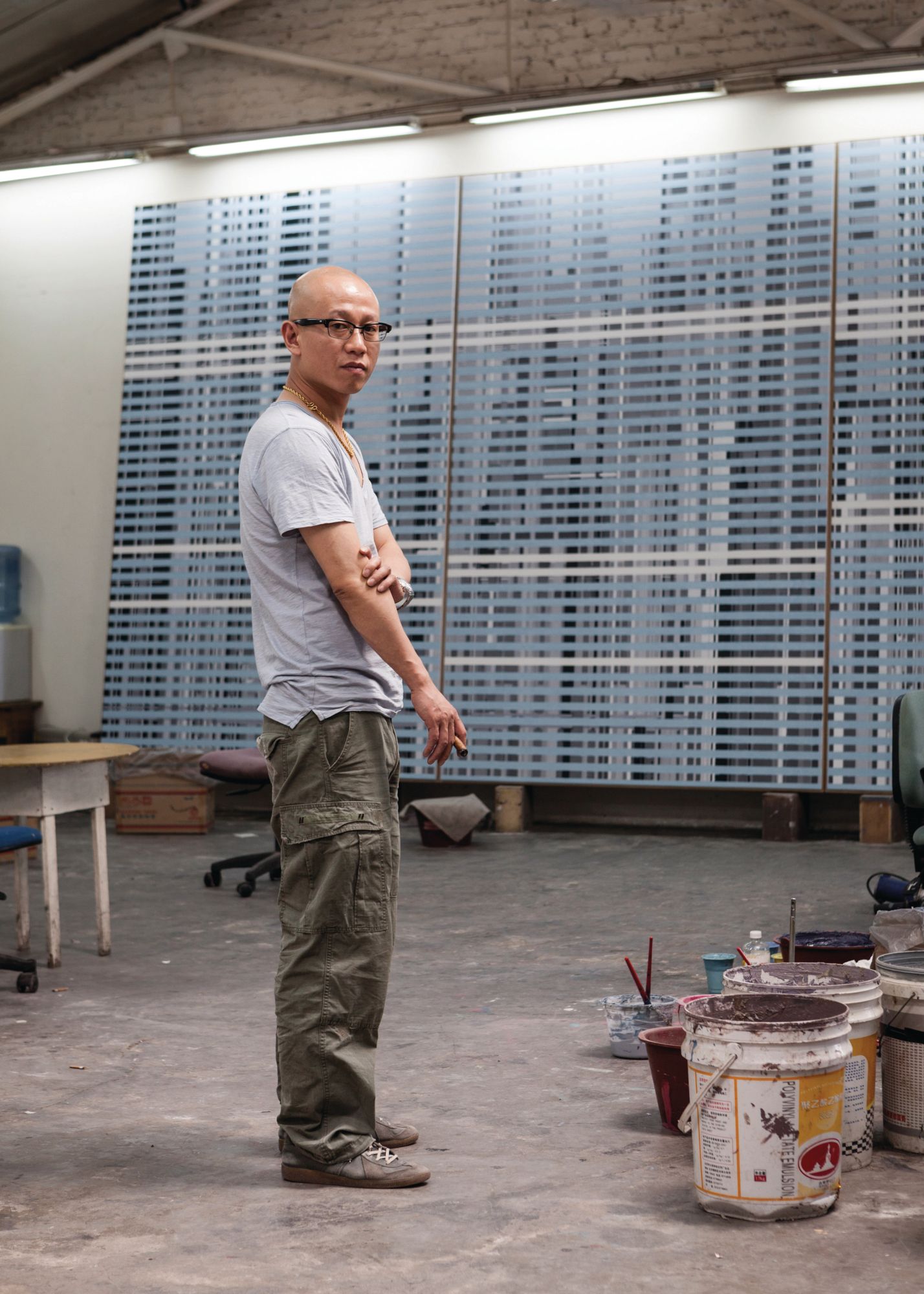 An article written by Oliver Giles from HK Tatler caught my attention for a vision of future Chinese art.

He explains during an interview, that Chinese artist Liu Wei has spent the past few months thinking about the future. “Everything in our lives is mediated by screens now”. “It was happening before, but it has been accelerated by the pandemic. The way we use our views and senses is changing. I think the body will disappear, eventually.” Hands will wither. Legs will shrink. Our brains will be plugged into a universal supercomputer. “It will be like The Matrix,” says Liu.“ Then we will lose emotion; affection will disappear.”

“Maybe our previous definition of love will disappear. But there will be something new, a new kind of affection.” For more than two decades, Liu, 48, has been examining the forces that shape and shake societies, then package his unnerving conclusions into thought-provoking and often beautiful artworks. His most famous paintings feature China’s vertiginous cities rendered in abstract colourful strips.

Last year Liu surprised plenty of gallery-goers at two major shows: His first retrospective in the US, jointly hosted by the Cleveland Museum of Art and the Museum of Contemporary Art Cleveland,and “May You Live in Interesting Times”, the central show of the Venice Biennale, in which he exhibited two installations. The Chinese Artist Liu Wei Talks His Upcoming Exhibition And Quest To Create Thought-Provoking Artworks month, Liu is opening a major solo show at the Long Museum West Bund, the dramatic, contemporary , 355,000 sq ft complex opened by art patrons Liu Yiqian and Wang Wei on the bank of the Huangpu River in Shanghai in conjunction with the Art week in Shanghai.

“The Long Museum have had a huge impact on the art scene in China,” says Liu, “And the Long Museum West Bund space makes me very excited.” Nearly three months before the show, Liu was still working out how to fill the museum’s cavernous concrete halls, partly because this year has given him so much to think about.“Before the Covid-19 pandemic, I was thinking of a classic presentation of previous works or a show of just paintings,” he says. “But this is an extraordinary situation. Now, I don’t know if the old way of showing art works anymore, or if we need to rebuild the whole thing.”

Liu is also exploring ways to incorporate screens themselves into his art; he is interested in them both as objects and for the software they hold. “All these technologies like facial recognition, making data of our lives, having everything stored as data, it is worth thinking about.Technology has developed at a really fast speed—thinking hasn’t had time to catch up.”

The detritus of cities has long interested Liu, who has lived through China’s rapid transformation from a closed-off and primarily agricultural society to an industrialised global superpower. Born in Beijing in 1972 to a family of doctors while Mao still ruled, Liu began drawing as a child to entertain himself while his brothers were in school. At the age of 15, he left home to attend the prestigious National Academy of Fine Arts in Hangzhou, where a lecture on Andy Warhol changed the course of his life. “I suddenly realised that art was not simply a matter of drawing as realistically as possible,” he has said “The images Liu creates in his paintings, as well as the material textures he marshals in his sculptures and installations, are reacting to and inspired by his experience of living for decades in an urban landscape that is at once evolving and upgrading itself, but also devouring everything that lies around it,” says Philip Tinari, director and chiefexecutive of the UCCA Center for Contemporary Art in Beijing, whohas written extensively about Liu’s work and, in 2015, curated ashow
of his art at UCCA. “At its core, Liu Wei’s art is about the visual logic of the Chinese city.”

Fascinating to learn how a Chinese artist concerns about the future and how he will present it but personal feelings will hopefully not go away.